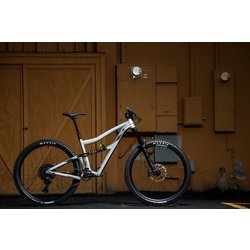 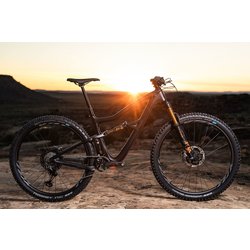 In 1981, just a few short years after the first clunkers came tearing down Mount Tamalpais in Marin County, Scott Nicol unveiled his premiere Ibis frame in Mendocino, California. The Mountain Bike Hall of Famer (inducted in 1990) wasn't content with rallying modified cruisers down steep swaths of dirt and decided that to truly get the most out of off-road riding he needed to create his own steeds that could stand up to the unique rigors of ripping singletrack.

While most nascent companies were just trying to stay afloat, Nicol and Ibis were breaking down barriers and creating bikes that were way ahead of their time. From tandems to trials bicycles, rigid to full suspension, mountain to road, Ibis made two-wheeled masterpieces for every ride and every rider. And in a time when the majority of bikes were run-of-the-mill steel, they were experimenting with a myriad of frame materials. Titanium, aluminum, carbon; no material was off limits for the maestros of metallurgy.

By 2000, Nicol felt his relationship with Ibis had run its course and he sold the company which would go bankrupt just a year and a half later. However, like all good plays, Ibis has a second act. Nicol resurrected Ibis in 2005, unveiling the Mojo, one of the lightest, most-beautiful full-suspension trail bikes the industry had ever seen. The Mojo has come to represent the new Ibis: technologically advanced bicycles full of carbon trickery. Check out our wide selection of their rides today at Greenwich Bicycles and lay your eyes on your new dream machine!